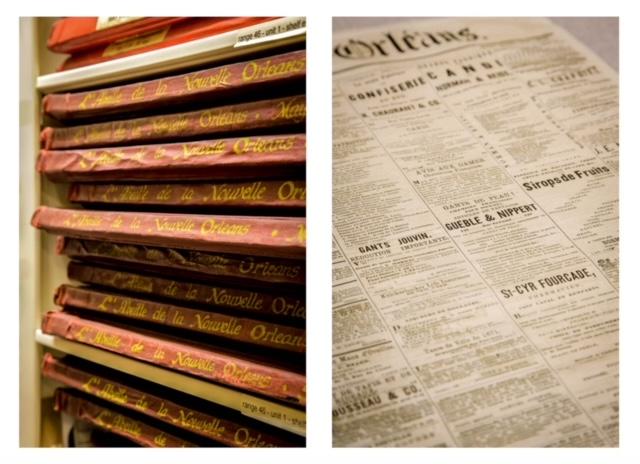 An exhibit on the European influences in and around New Orleans, presented by the Consul General of France (open air exhibit at 2406 Prytania Street).

City names, street names, surnames, landmarks, flavors, architecture, the traces of Europe are multiple and present everywhere in the United States. They constitute the common denominator of a rich history, made of varied individual and collective journeys, discoveries, pains and success.

They are French, German, Spanish, Italian, Czech, Greek, Croatian, Swedish, Irish… for some of them, the port of arrival was New Orleans.

In successive waves of immigration, they founded families and lineages, brought their culture and skills, and left their mark on the territory.

This exhibition explores these influences through stories, places and personalities to illustrate these traces of Europe at the heart of the Louisiana identity.

The French influence in this part of the United States is first of all a name: Louisiana.

Beyond the undeniable cultural contribution in the arts, cuisine, urbanism and Louisiana society, it is first and foremost with a language and surnames that France leaves its strongest imprint, at the corner of a street, a grave or a Facebook account.

L’Abeille de La Nouvelle-Orléans was a French-language newspaper founded by François Delaup on September 1, 1827 and which ceased publication in 1925. L’Abeille featured opinionated journalism, focusing on the literary, theatrical, and musical life of the city, but also covered news from Europe and France in particular. The publication also included steamboat schedules, the arrival of new cargo shipments, and personal ads that captured the life of the times.

Croatians played a fundamental role in the cultivation of oysters, which is the basis of Louisiana’s gastronomy. New Orleans was one of the crossroads of Croatian immigration to the United States in the early 19th century. Many of the newcomers came from towns and villages along the Dalmatian coast of the Adriatic Sea. Settling among the fishing communities of Plaquemines Parish such as Olga, Empire, Buras and Port Sulphur, they imported their oyster farming skills. At 30 years old, Luke represents the 5th generation of oyster farmers in the Cibilich family and is one of the youngest in the parish. He is pictured here on his boat on the outskirts of the village of Empire.

Everybody knows what Beads are, those famous necklaces thrown to the crowd from Mardi Gras floats? Before the advent of plastic in the 1960s, beads were made of glass for  Carnival and were distributed on a limited basis.  So in the early 50’s, the Krewes called upon some Czechoslovakian companies to make them. Here we can see the refined composition of these necklaces and the characteristic colors used at that time.

Kira, pictured below, is Registrar & Digital Initiatives Manager for the Louisiana State Museum, which preserves a collection of these Czechoslovakian-made beads. She is herself a descendant of Czech and Slovak families.

Hammond is a small town northwest of Lake Pontchartrain, well known to New Orleanians for its Swedish roots and foundation. Peter Hammond (1798-1870), anglicized from Peter av Hammerdal (Peter of Hammerdal) was a Swedish immigrant who settled in the area around 1818.

This sailor, briefly imprisoned by the British at Dartmoor Prison during the Napoleonic Wars, escaped during a riot and landed in New Orleans. Hammond used his savings to purchase a then inexpensive piece of land northwest of Lake Pontchartrain, where he founded the eponymous town. His grave, along with that of his wife Caroline and their three children, is located near the center of town under the oak tree pictured here.

The Honorable Jacquelyn Brechtel Clarkson, serving as the Honorary Consul of Lithuania, received the American Spirit Award Medallion!
“The Honorable Jacquelyn “Jackie” Clarkson has dedicated her life to public service and the success of the city of New Orleans. She served in a variety of political offices for more than two decades, including as a New Orleans City Councilwoman and a member of the Louisiana House of Representatives. Among her many honors, Clarkson is a Trustee Emerita and Founders Society Member of The National WWII Museum. She was instrumental in securing the first state funding for the Museum, and her longtime support, particularly during the critical early years prior to its 2000 opening, made the vision for a museum dedicated to the American experience in World War II a reality.
As a district councilwoman, she represented New Orleans on both sides of the Mississippi River and was later elected to an at-large position. Clarkson is known for her commitment to public safety, historic preservation, and economic development, including cultivation and support for the city’s cultural economy and especially for the city’s children. Her passion for the New Orleans Recreation Department’s ballet program resulted in training for over 22,000 local children.
Clarkson’s longtime leadership has shaped New Orleans into the thriving city it is today, and her tireless dedication to advancing our community continues to inspire New Orleanians of all ages. Her commitment to public service and community engagement represent the unity of purpose and resilience embraced by all Americans during World War II. Having the love and devotion of her husband and raising a beautiful family are among her greatest achievements, says Clarkson.”
The American Spirit Award recognizes individuals who best exemplify the outstanding qualities of the American spirit, including teamwork, optimism, courage, and sacrifice, and who inspire the exploration and expression of these values through their own life and work.

On February 28, 2022, Lundi Gras, Dean Bret Clesi and the Consular Corps greeted Rex, King of Carnival, on the Mississippi Riverfront in New Orleans.

In the context of the French Presidency of the European Union Council, Deputy Ambassador Michael Curtis was invited to Louisiana by the French Consul General Nathalie Beras from February 9 to February 13.

During his visit, he met Consular Corps members, the Port of New Orleans and local business leaders to discuss climate change, infrastructure, and foreign relations. He also joined conversations at Xavier University and at the WWII Museum with Duke University students, he also enjoyed a visit at the Jazz Museum. The Deputy Ambassador also visited with Senator Bill Cassidy in Baton Rouge and toured the Water Institute with US Representative Garret Graves.
The Embassy of Sweden concluded a very successful week of meetings with Mayors, the Louisiana Governor’s office and Swedish business leaders in Louisiana, Mississippi and Alabama.
The visit started off in New Orleans and the delegation from the Embassy of Sweden met with Mayor LaToya Cantrell to discuss sustainable climate solutions and many other exciting initiatives coming out of the city of New Orleans. They also had the opportunity to meet Tulane University students, local business leaders and consular corps members.